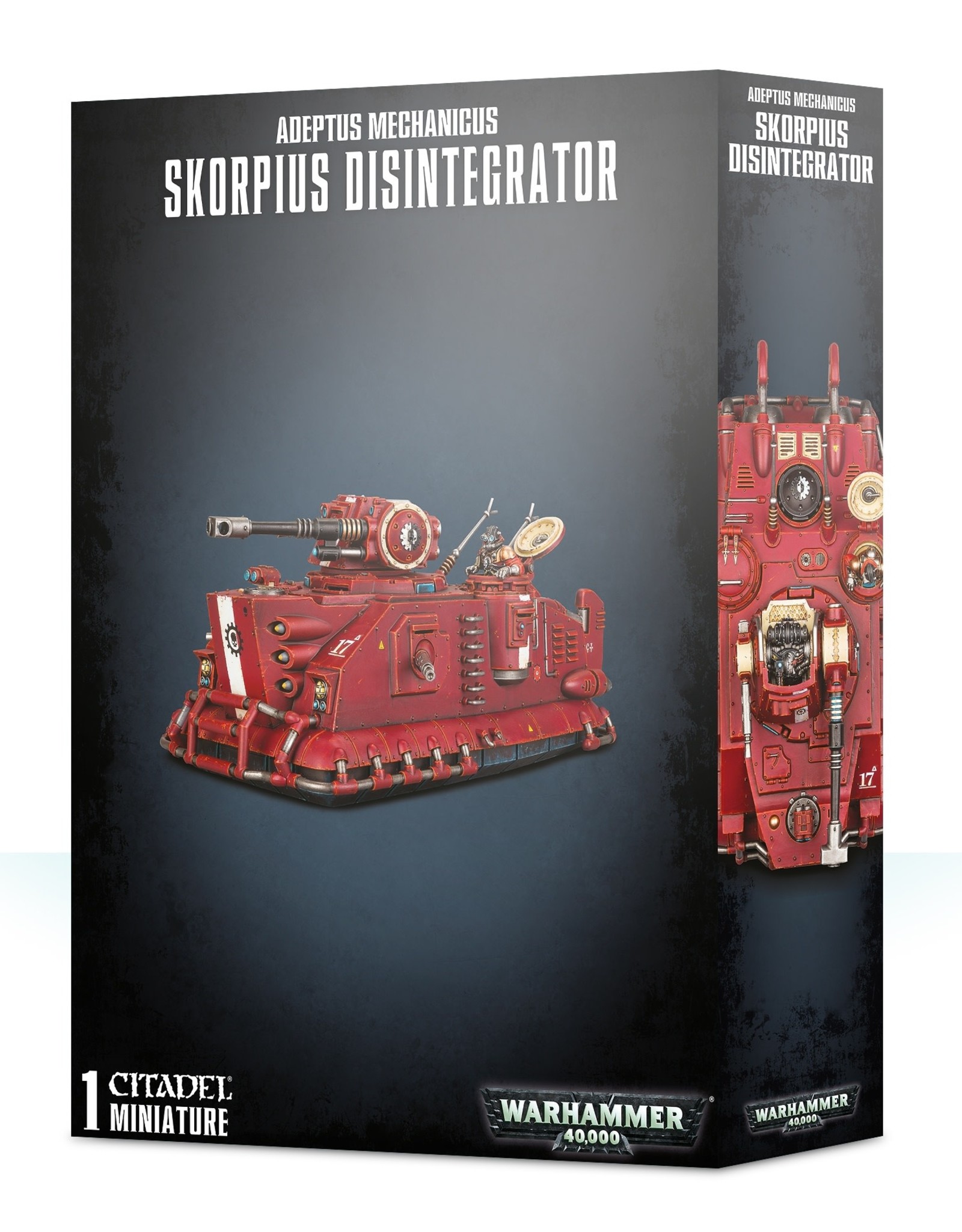 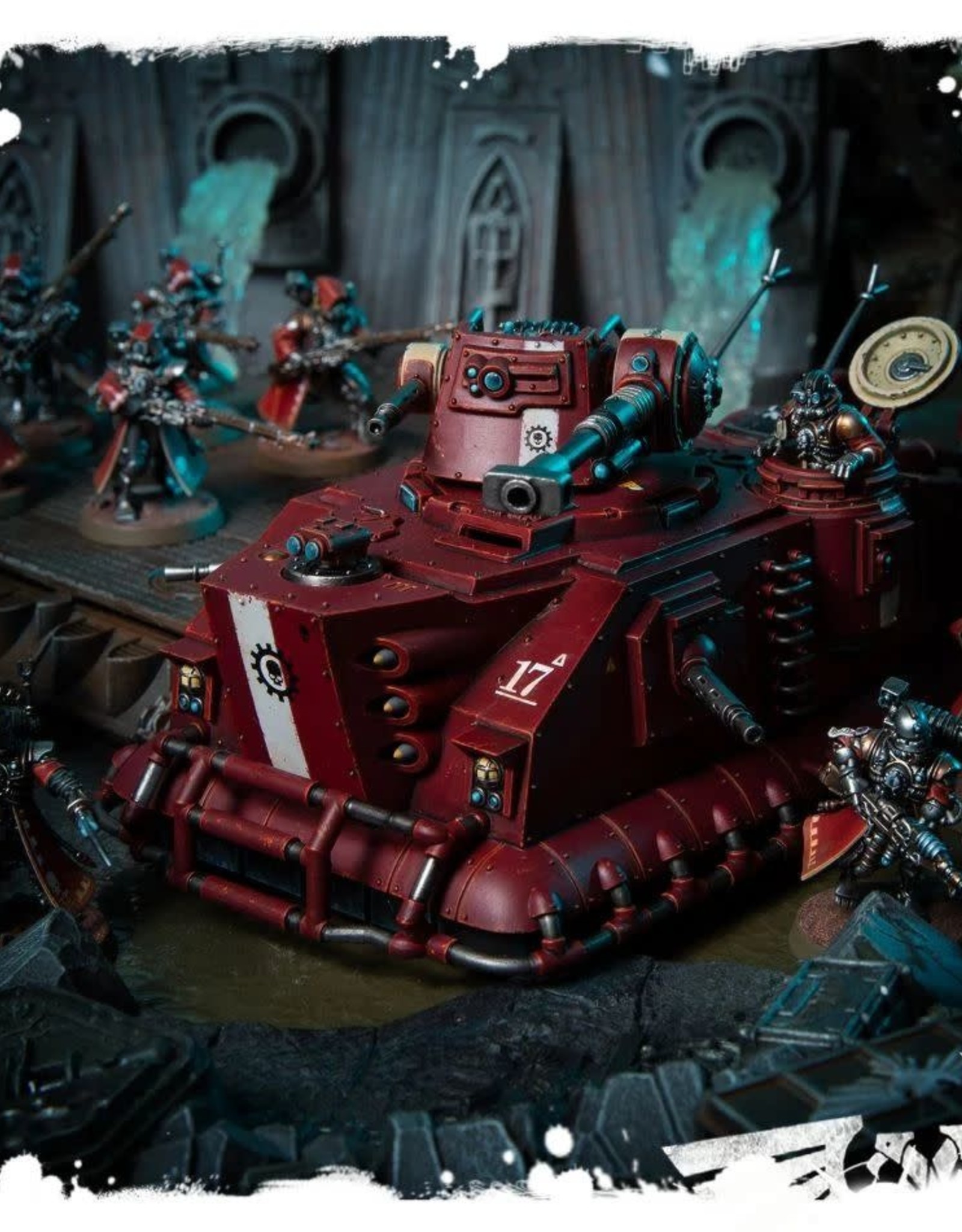 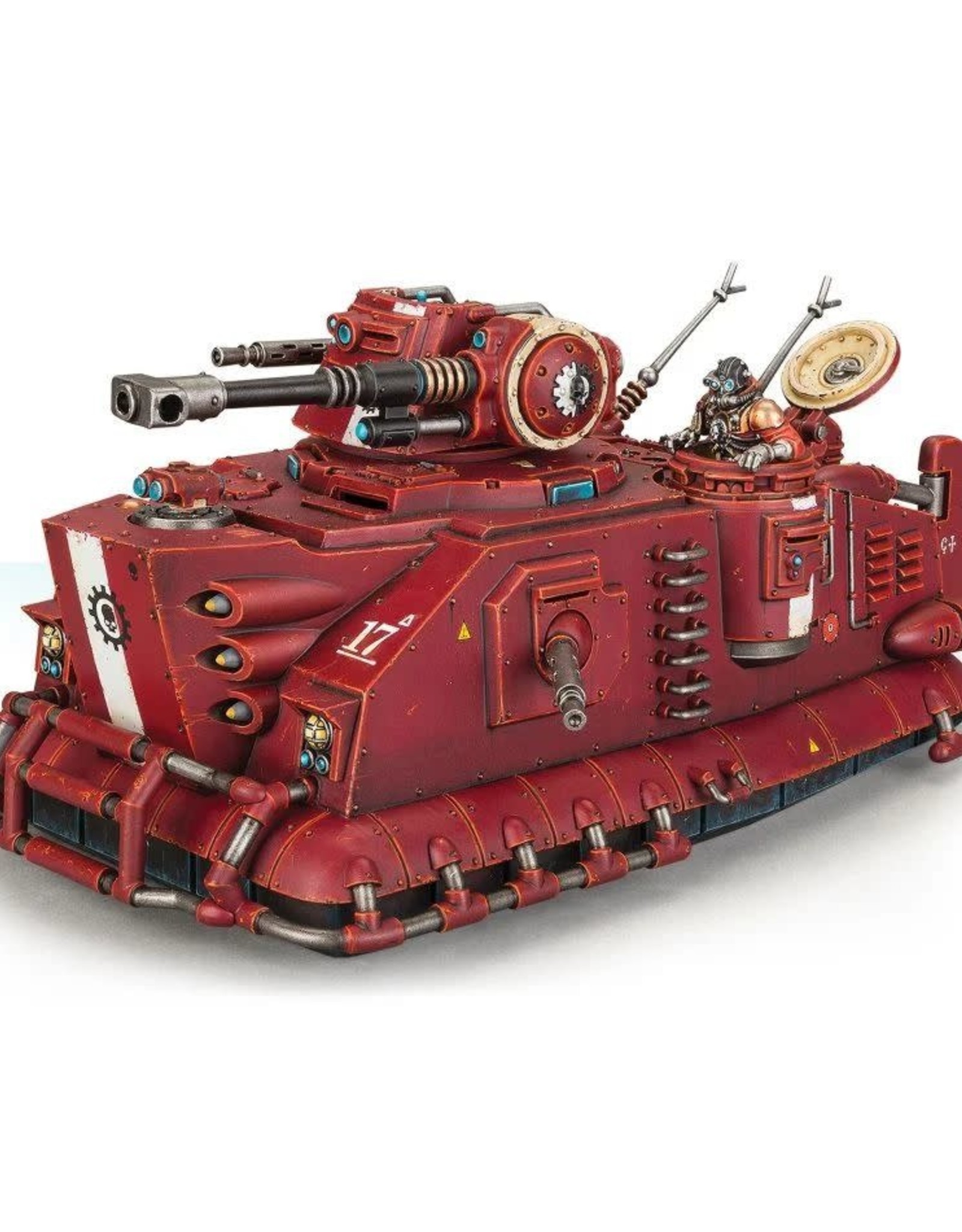 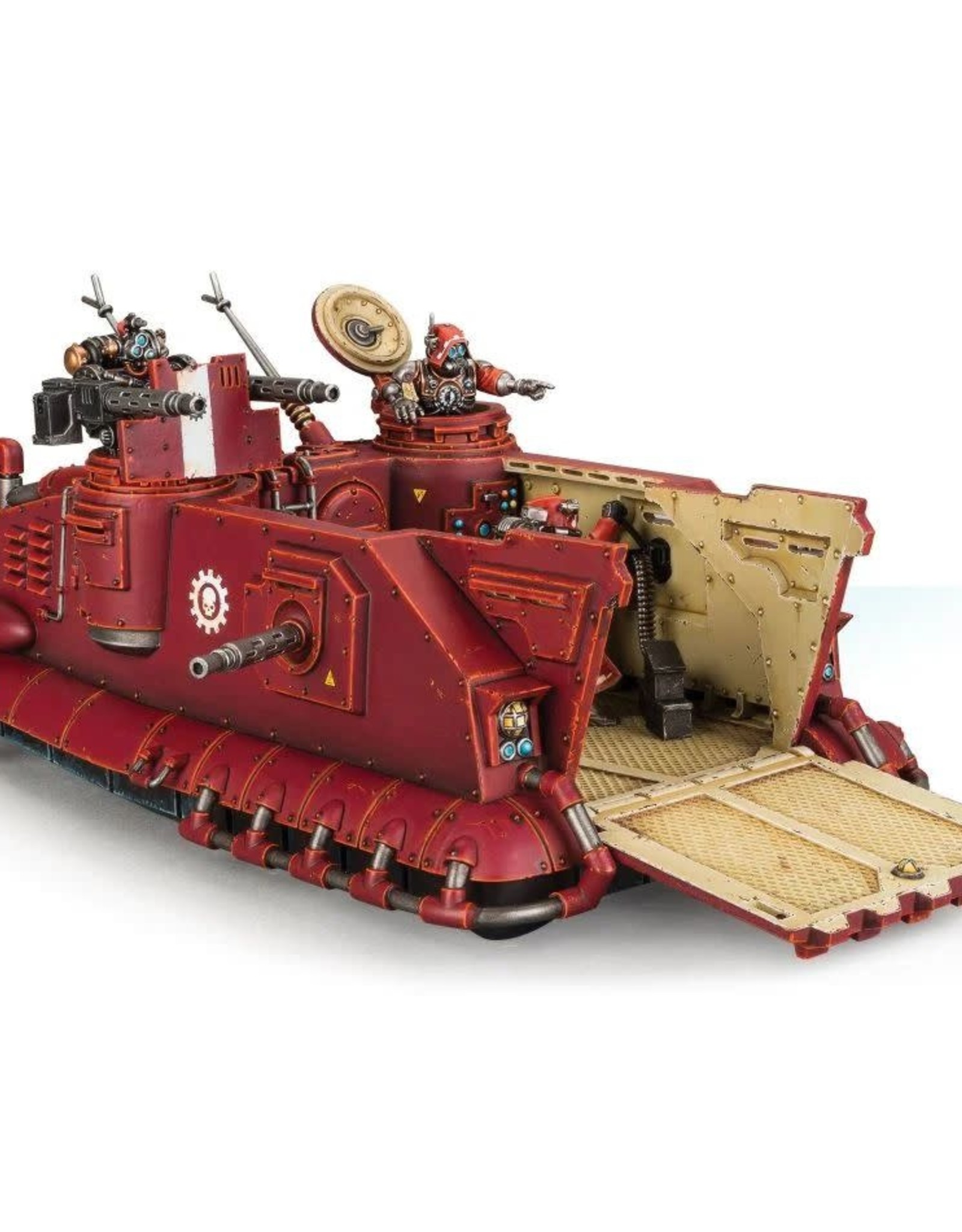 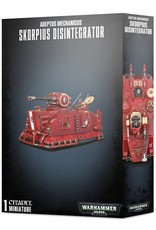 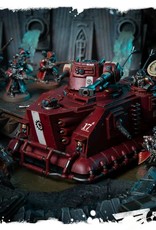 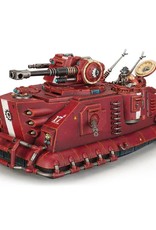 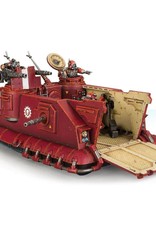 The Skorpius Disintegrator of the Adeptus Mechanicus drifts gracefully across the dunes, its anti-grav motors thrumming quietly in stark contrast to its thundering guns. As it accompanies the advancing Skitarii phalanxes, the Skorpius Disintegrator delivers punishing salvoes from its ferrumite or belleros energy cannons, while its cognis heavy stubbers and disruptor missile launcher spit death at any who would threaten the armoured vessel.

In addition to its flanking pair of cognis heavy stubbers, and prow-mounted disruptor missile launcher, the Skorpius Disintegrator bears a ferrumite cannon or a voltaic belleros energy cannon. Its primary turret weapon is manned by a Servitor gunner that has been hard-wired into the weapon for optimal performance.

The multipart plastic kit is comprised of 104 components. It can be assembled with a crewman set in one rear cupola, or with both hatches closed.

Warhammer 40,000 rules for this vehicle can all be found in its assembly guide (included in the set).

The Skorpius Dunerider serves as a Skitarii transport vessel enabling the loyal servants of the Machine God to engage or pursue the enemy with ever greater speed and efficiency. As the Skitarii disembark to bring the fury of the Omnissiah to their enemies, the Dunerider’s twin cognis heavy stubbers offer a high rate of covering fire.

The Skorpius Dunerider is a Dedicated Transport vehicle for Skitarii infantry, and is able to carry 10 of them within the walls of its armoured hull.