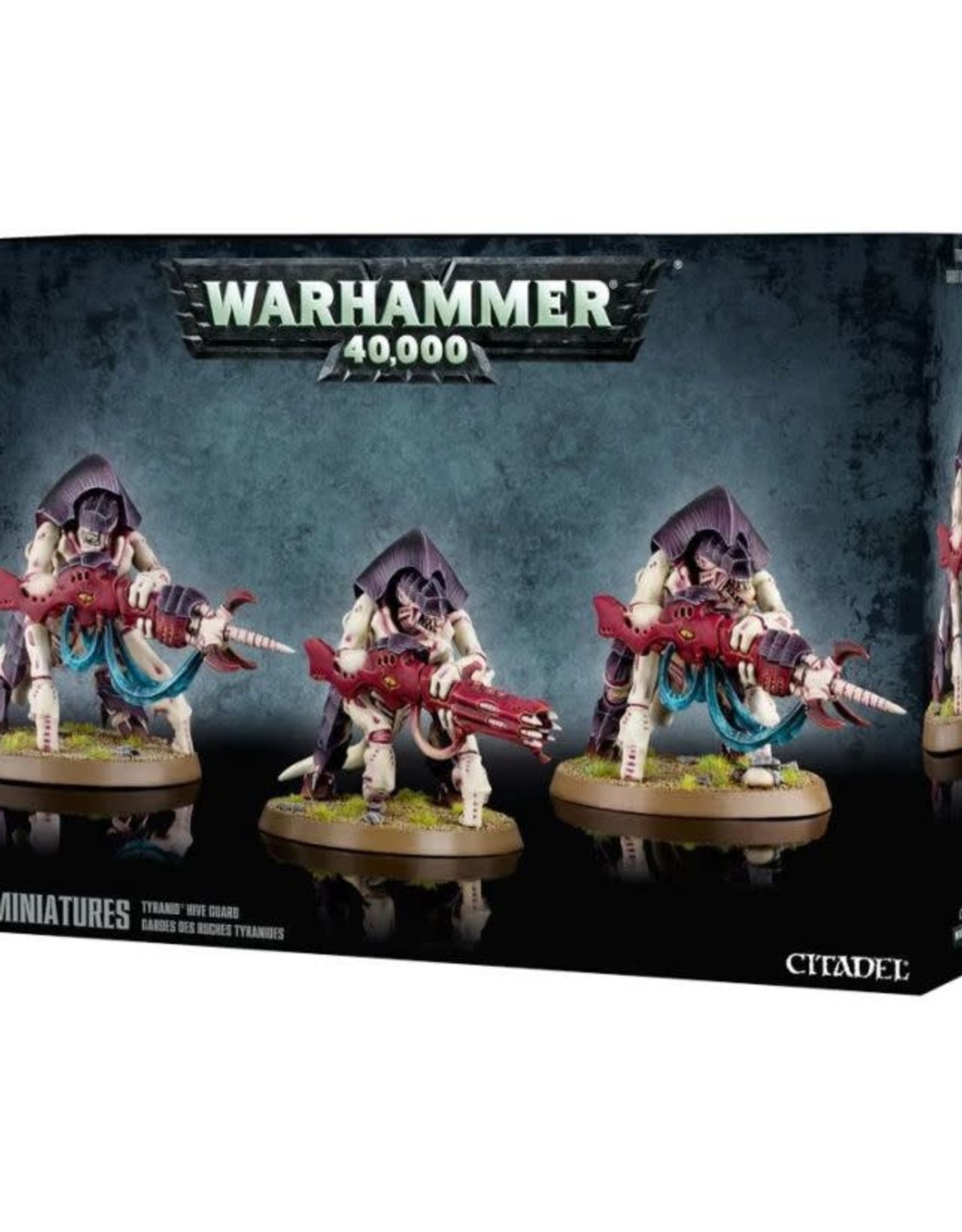 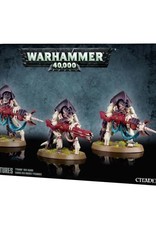 Hive Guard are heavily armoured gun-beasts bound to extremely powerful symbiotic bio-weapons. They are created to guard the Tyranid Hive Ships and capillary towers that stand sentinel over prey worlds, until such time as intruders come within range of their deadly weapons.

The Hive Guard can be armed with either an impaler cannon or shockcannon. There are enough weapons to arm the complete unit with either option.

This plastic kit contains 102 components with which to make either 3 Hive Guard or 3 Tyrant Guard.