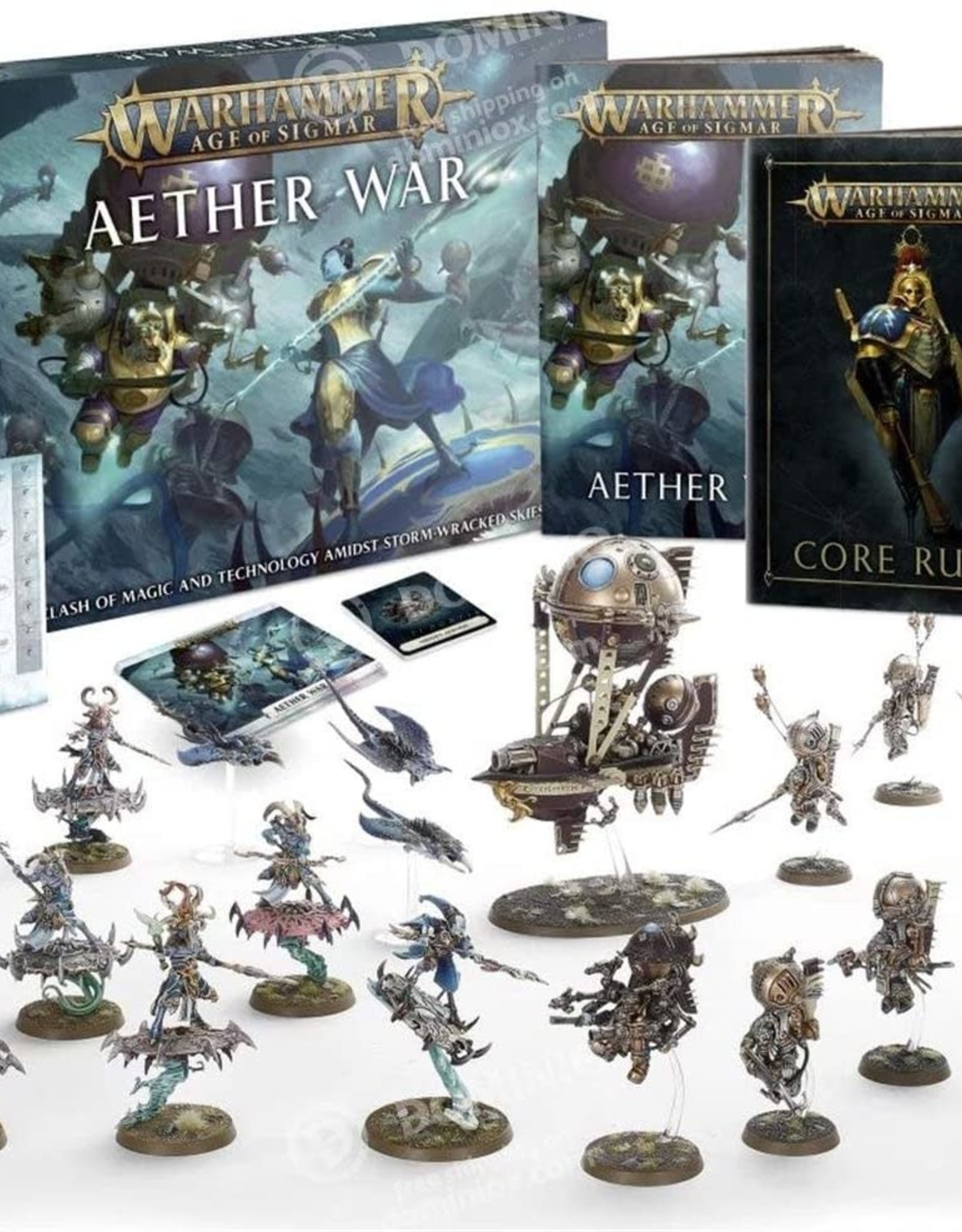 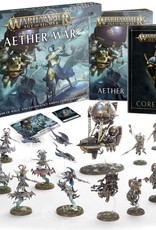 Aether War is a new battlebox that features the Kharadron Overlords against the Disciples of Tzeentch in a battle for control of the skies. This set comes with two armies worth of miniatures, a mini-campaign to play through, and rules for aerial combat. Also, two characters included in this set, Endrinmaster in Dirigible Suit and Magister on Disc of Tzeentch, are only available in this box.