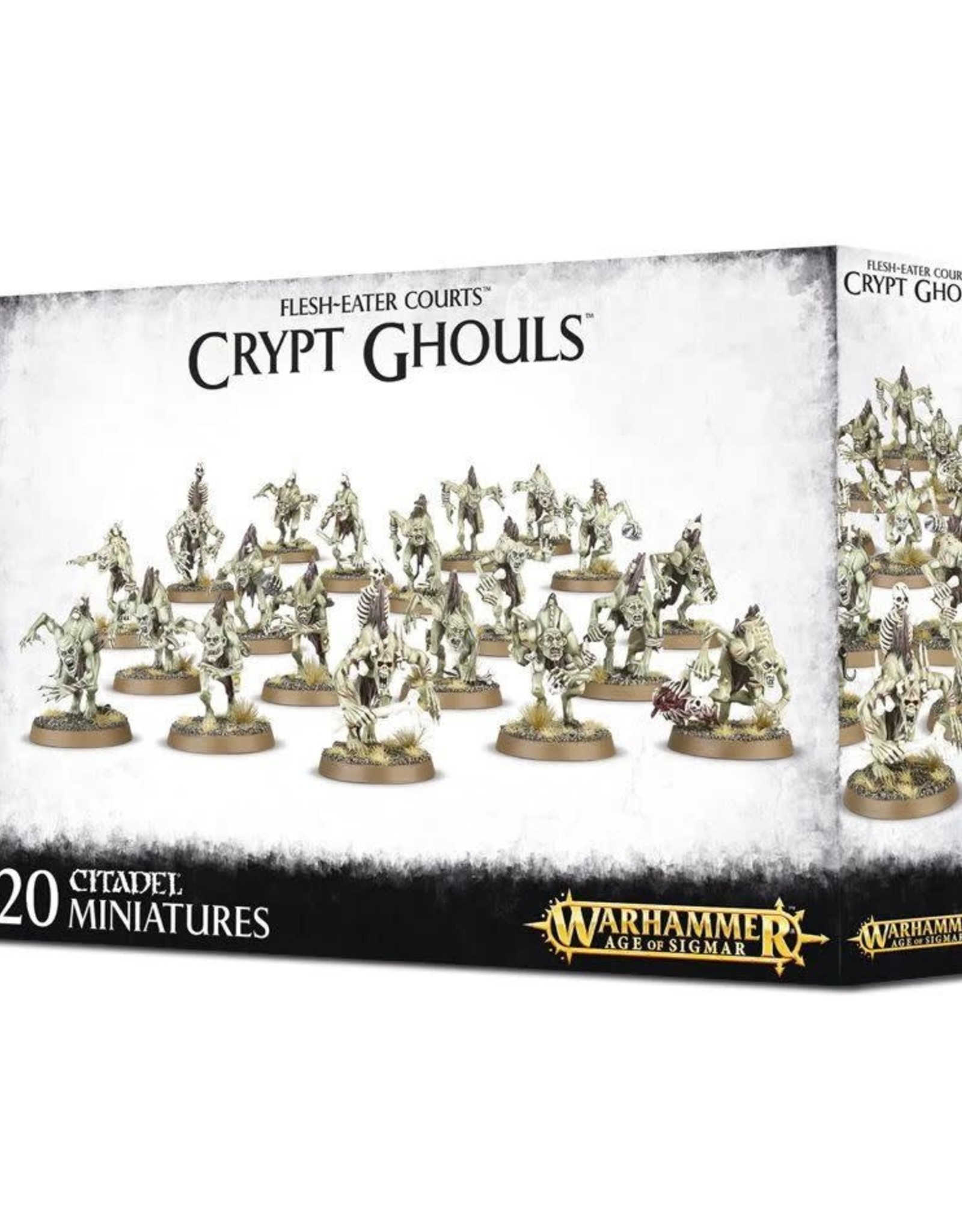 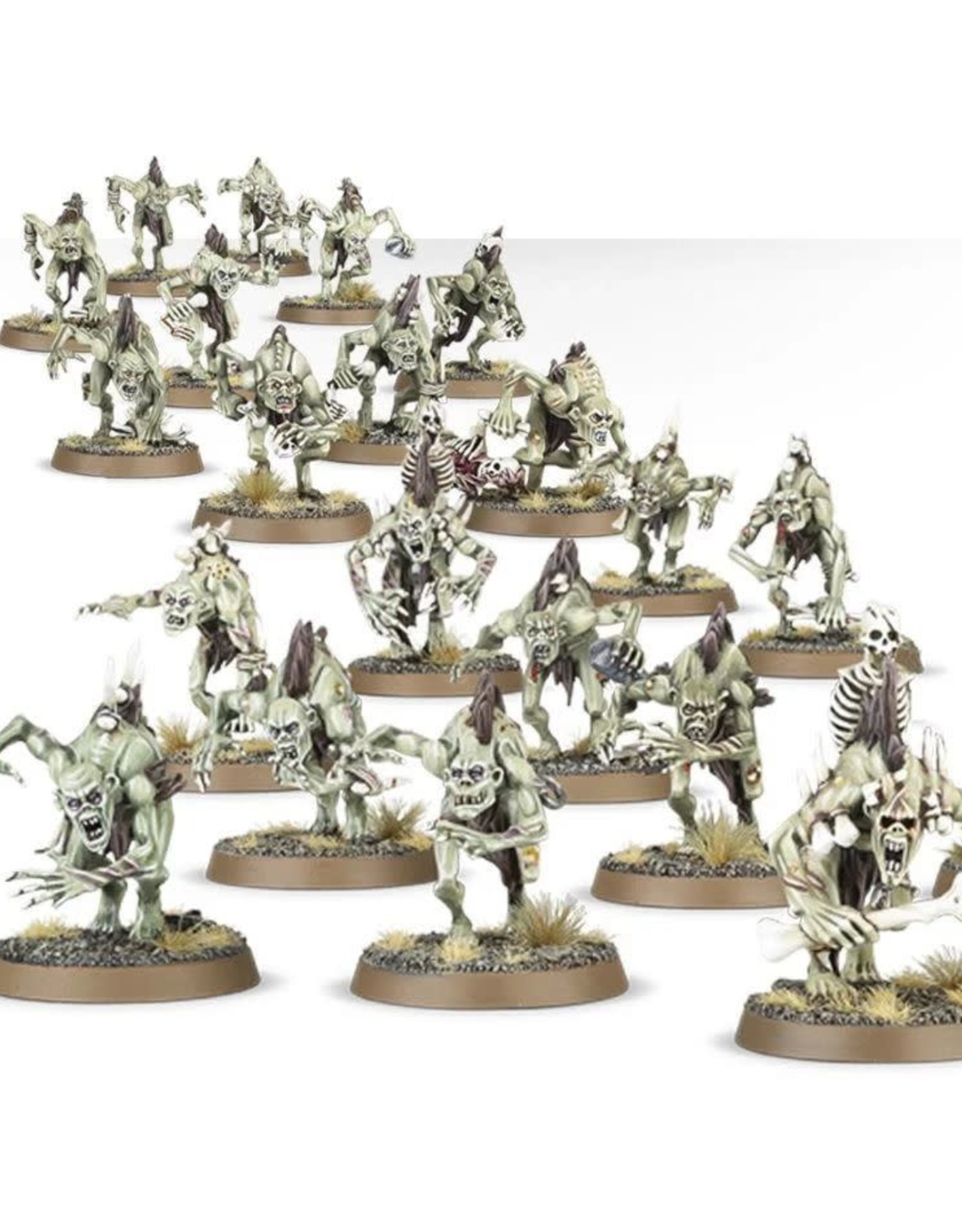 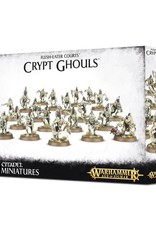 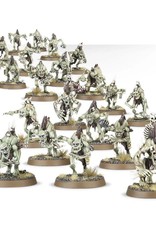 Scuttling, repugnant creatures whose insanity pushes them over the brink of madness into the belief that they are glorious, stout soldiers of a magnificent empire, Crypt Ghouls seek out fresh, raw meat – usually by killing anything in their path. Dangerous even as individual enemies, they tend to hunt in packs, each mordant competing with the other for scraps of flesh torn from the unfortunate dying. Should they catch a glimpse of their king they will fight all the harder – after all, who would not wish to be noticed by a court so glorious?

This multi-part plastic kit contains 20 Crypt Ghouls, and can be used to assemble a Crypt Ghast Courtier – warscrolls for each are in the box. Supplied with 20 Citadel 25mm Round bases.