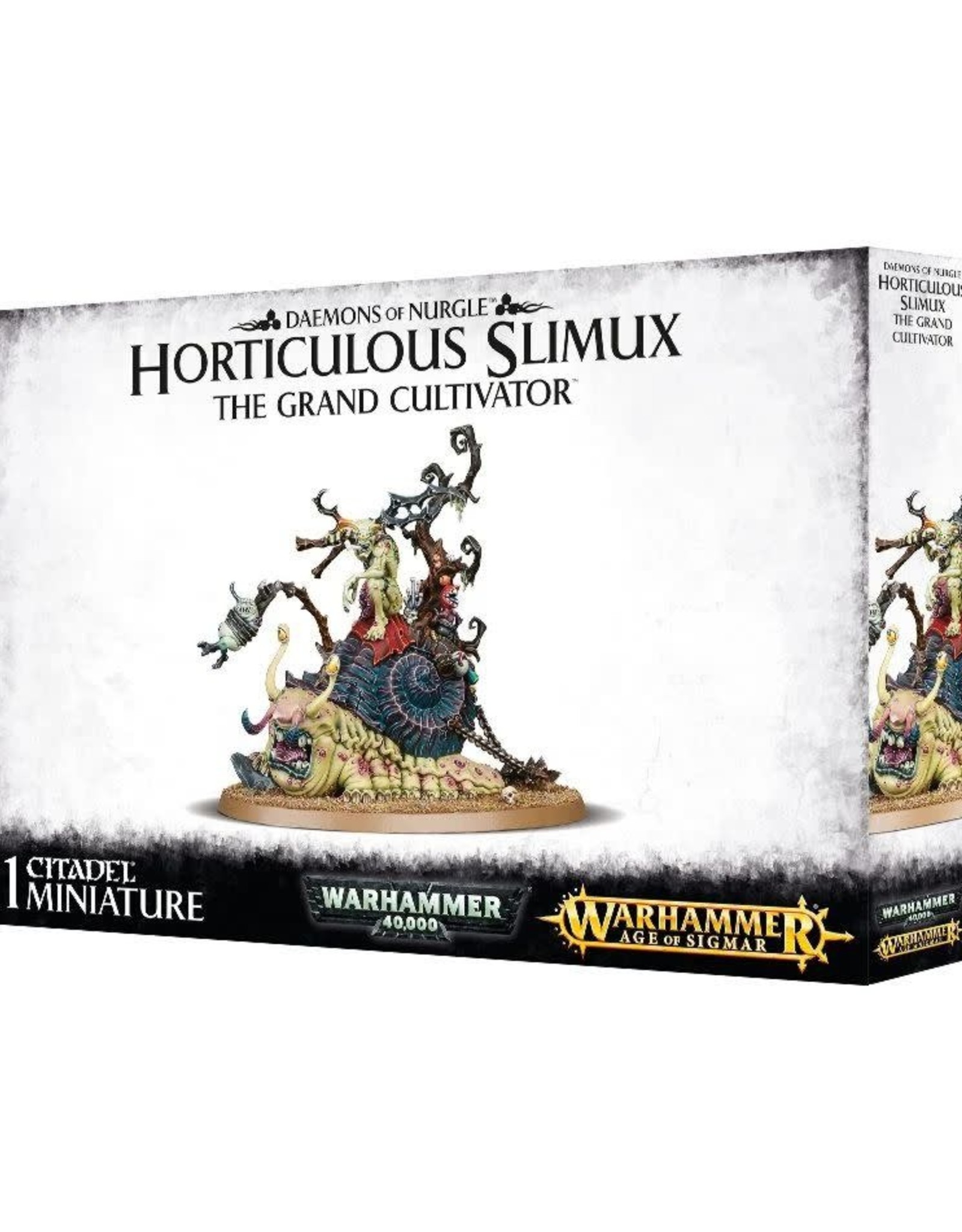 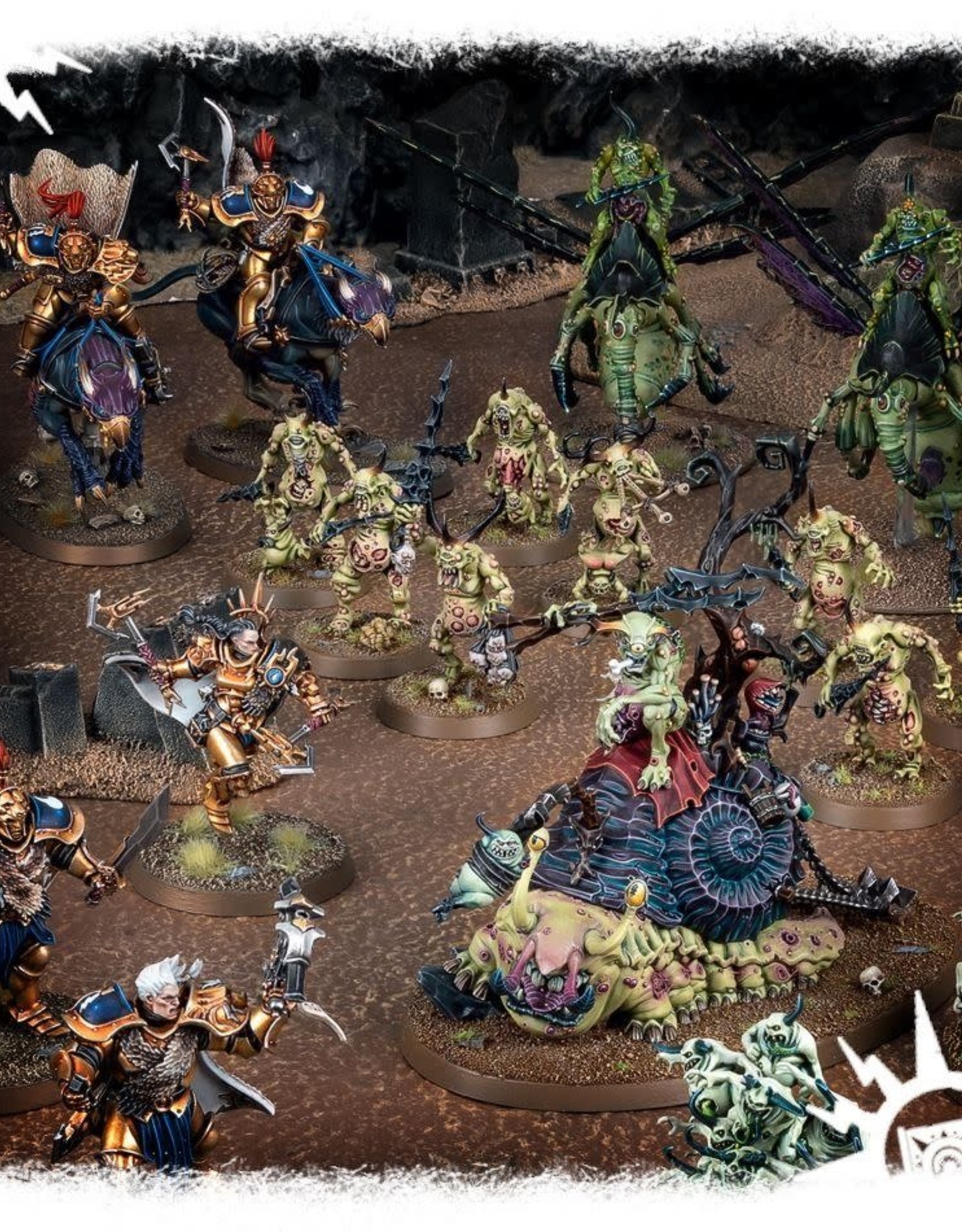 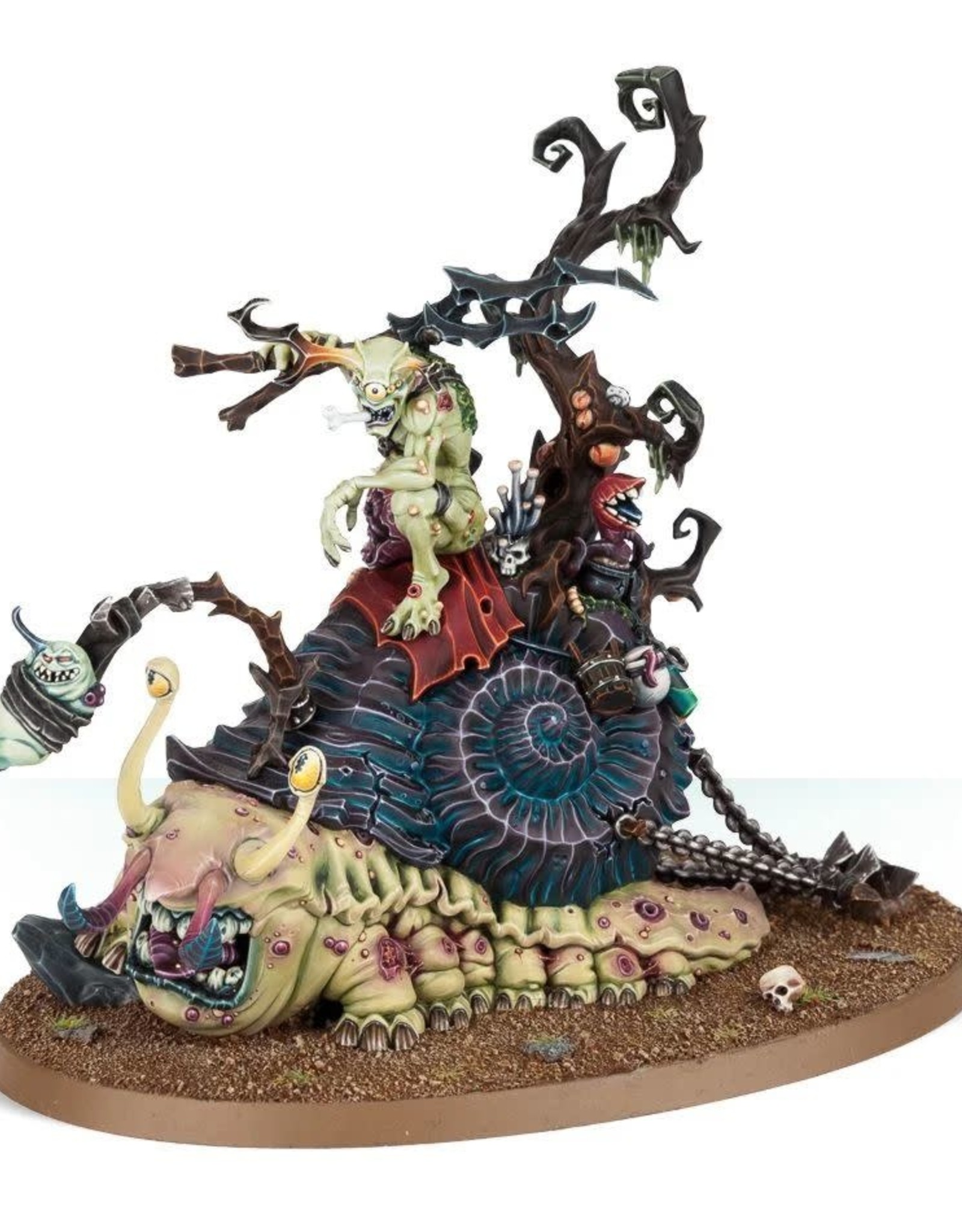 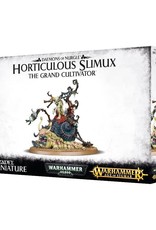 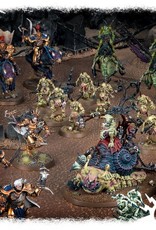 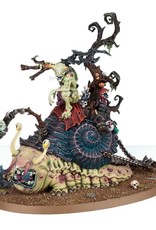 Gnarled and leathery like a rotted apple left too long in the sun, Horticulous Slimux is a pragmatic and humourless being with a no-nonsense approach to battle and gardening alike. Sat astride his lumbering molluscoid steed – known affectionately to Horticulous as Mulch – the Gardener ploughs ever onward, tilling the foetid soil with his Gruntleplough and casting an experienced eye over the festering flora all around him. In battle, Horticulous conjures the power of Nurgle’s garden and ushers it into reality, overrunning sites of sorcerous power with its boundless fecundity.

This multi-part plastic kit contains the components necessary to assemble Horticulous Slimux. Festooned with grimly jolly detail, this is a model with many, many points of interest – Horticulous himself is a manic-looking chap, spindly yet muscular, with an enormous eye in the centre of his head. He’s clutching his enormous lopping shears, which are used both to tend to his garden and execute enemies, and carries a host of plants, potions, fertilisers and mushrooms, all for later planting. Mulch, his massive snail-like steed, drags his Gruntleplough behind him, attached to his shell with 3 chains. A Nurgling is lashed to a rod, dangling in front of Mulch’s face, encouraging him to lurch ever forward in hope of a tasty snack – the Nurgling appears to find this hilarious!

This model comes as 32 components, and is supplied with a Citadel 105x70mm Round base. Horticulous Slimux can be added to both Warhammer 40,000 and Warhammer Age of Sigmar armies.