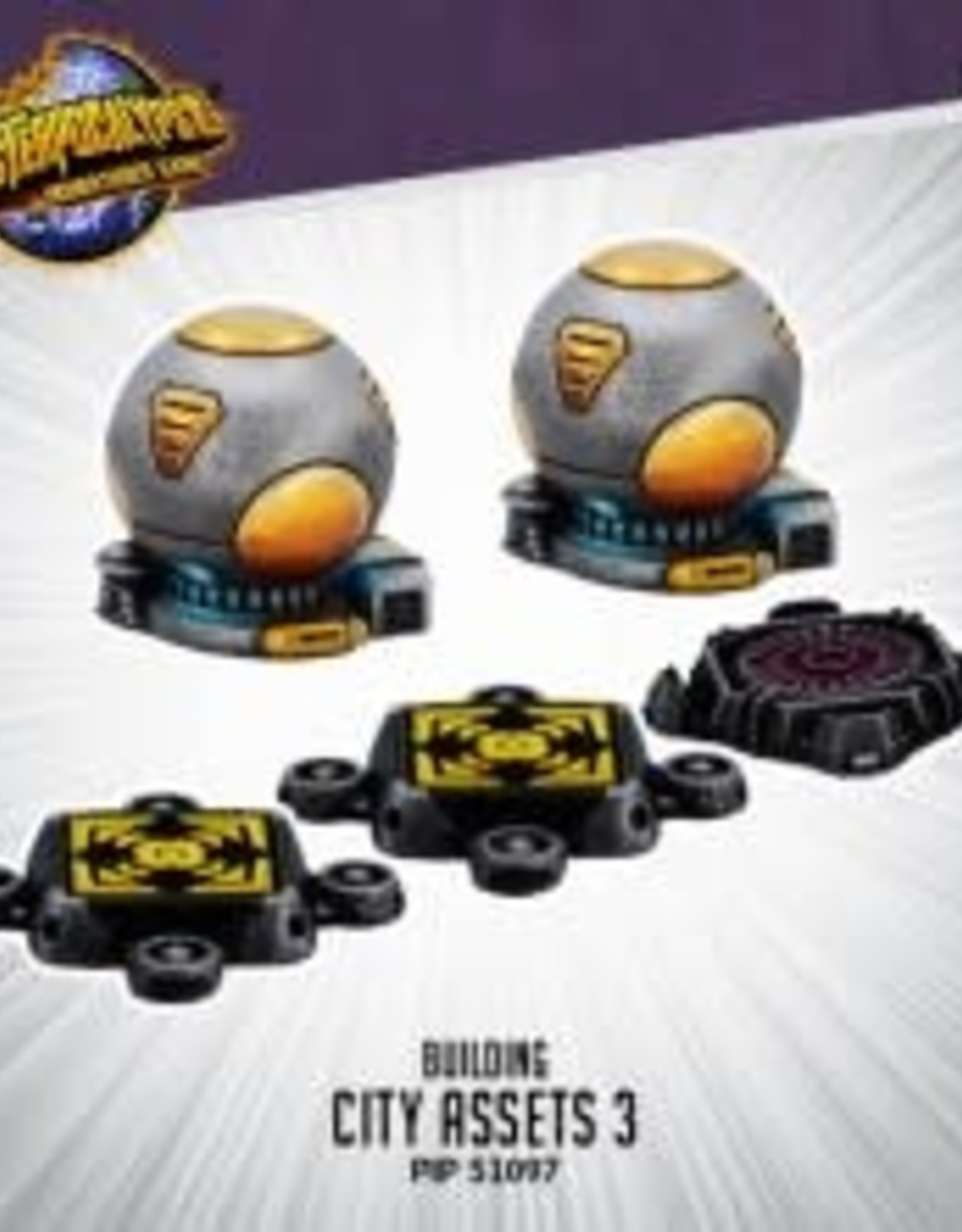 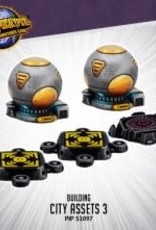 Alongside the more mundane defenses being established around the world to protect population centers from the Monsterpocalypse, more economically successful regions are employing higher-tech options. Force field generators produce bubbles of energy capable of turning aside many smaller munitions used in a conflict. Speed boosters are a riskier technology but are still seen as worth it due to their ability to accelerate emergency vehicles toward their destinations. And any force looking to fully exploit the power reserves of a region will want to invest in resource extractors. These devices are capable of doubling the output of any resource-gathering operation.

This blister contains assets that any player can add to the map during a game of Monsterpocalypse using a Construction Yard. Force Field Generators project a bubble around themselves, raising the defense of nearby models against blast attacks. Speed Boosters grant models that move over them additional spaces of movement, helping to get slower models into the fight more quickly. Resource Extractors pull more power out of power zones as long as a unit is there to manage them.