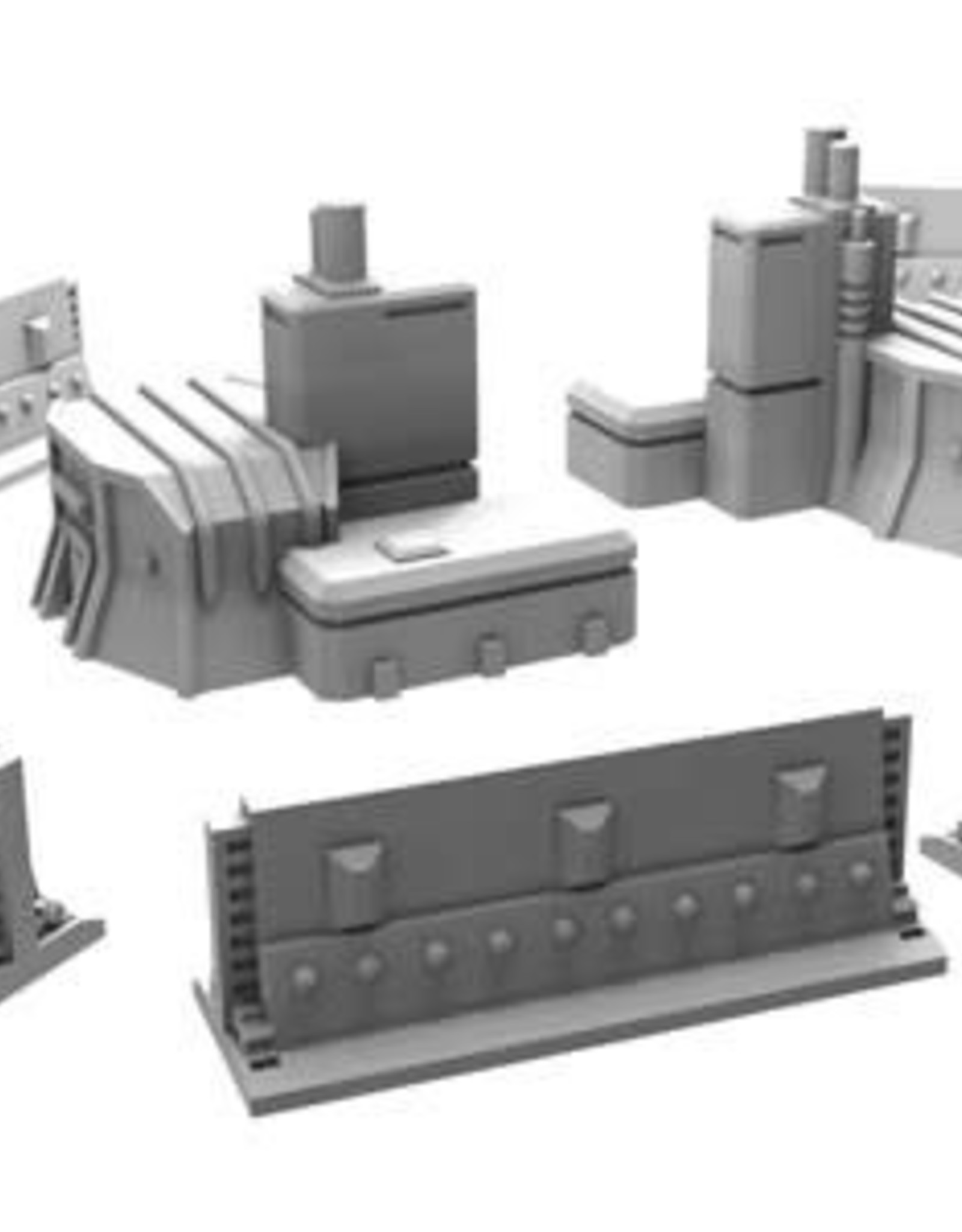 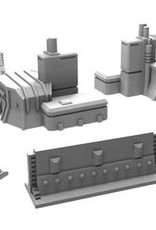 Many cities have invested in numerous defense measures during the Monsterpocalypse. With the installation of emergency barricades, these municipalities hope the sturdy walls are capable of sealing off roads and providing defensive positions for the forces that protect their city. Security bunkers have also been added to the ground floors of many important buildings in an effort to retain control of these structures while ravenous creatures overwhelm the surrounding area.

This blister contains assets that any player can add to the map during a game of Monsterpocalypse using a Construction Yard. Emergency Barricades hinder the movement of ground-based units and offer them some defense against brawl and blast attacks. Security Bunkers help you secure buildings against the disruptive actions of your opponents.