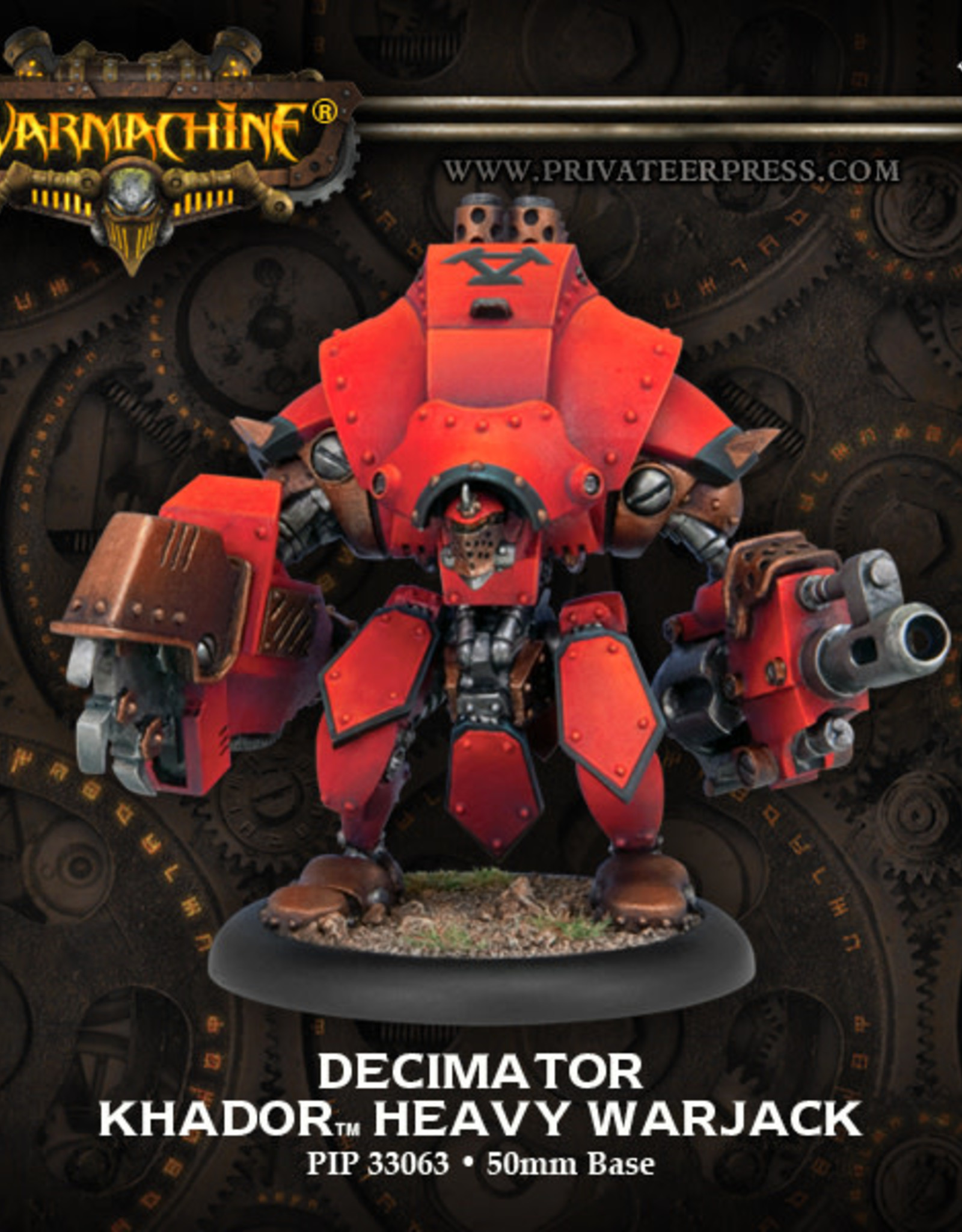 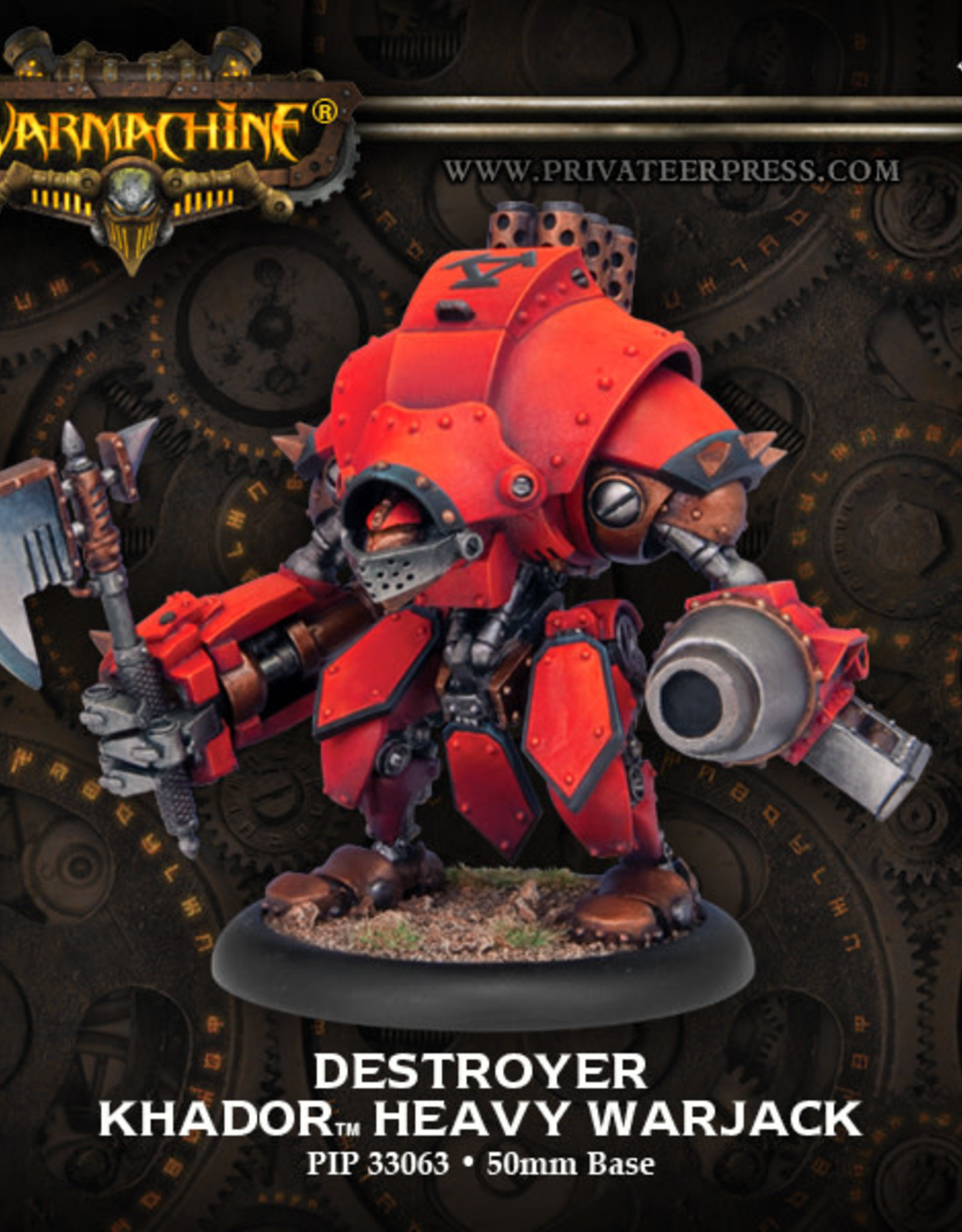 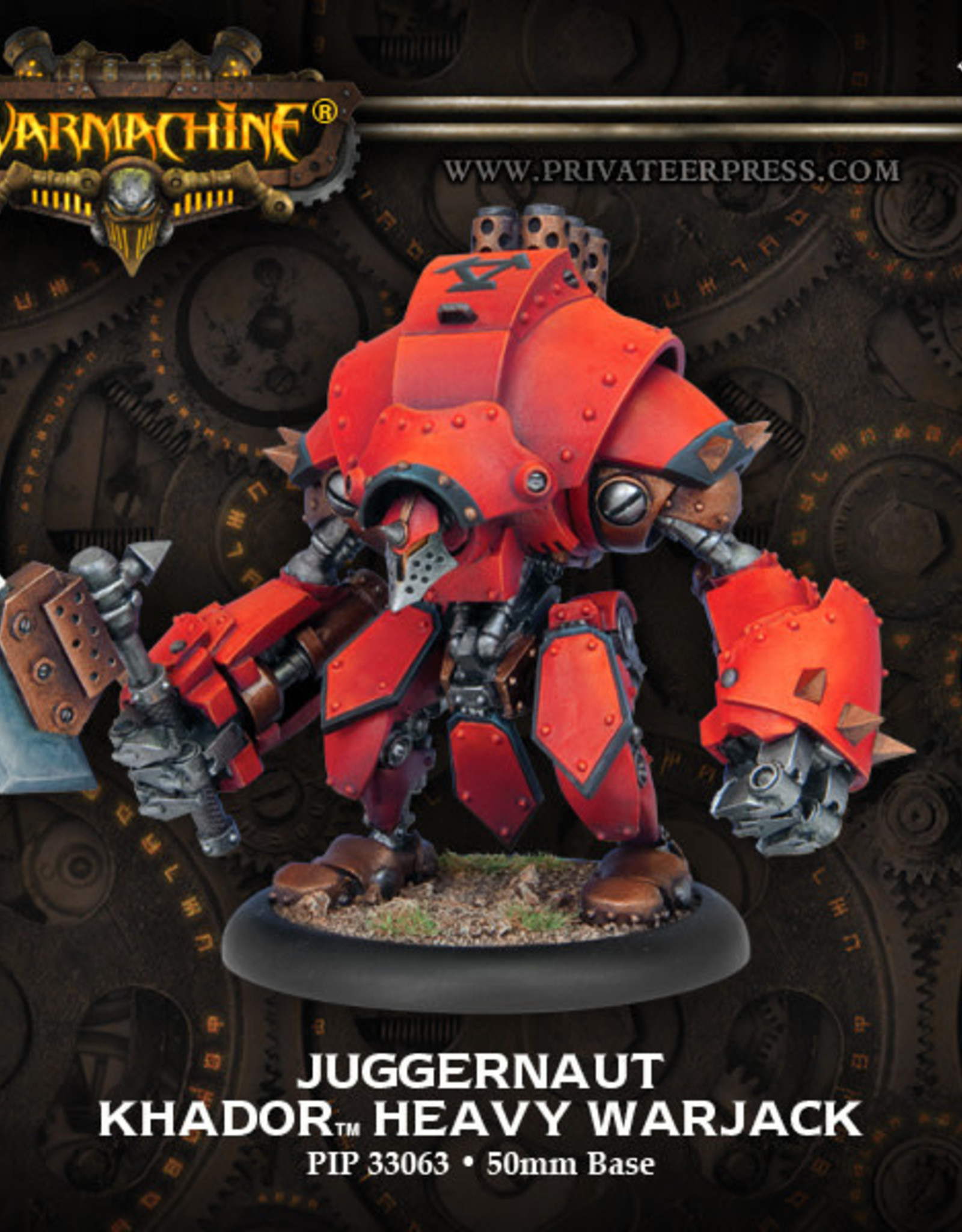 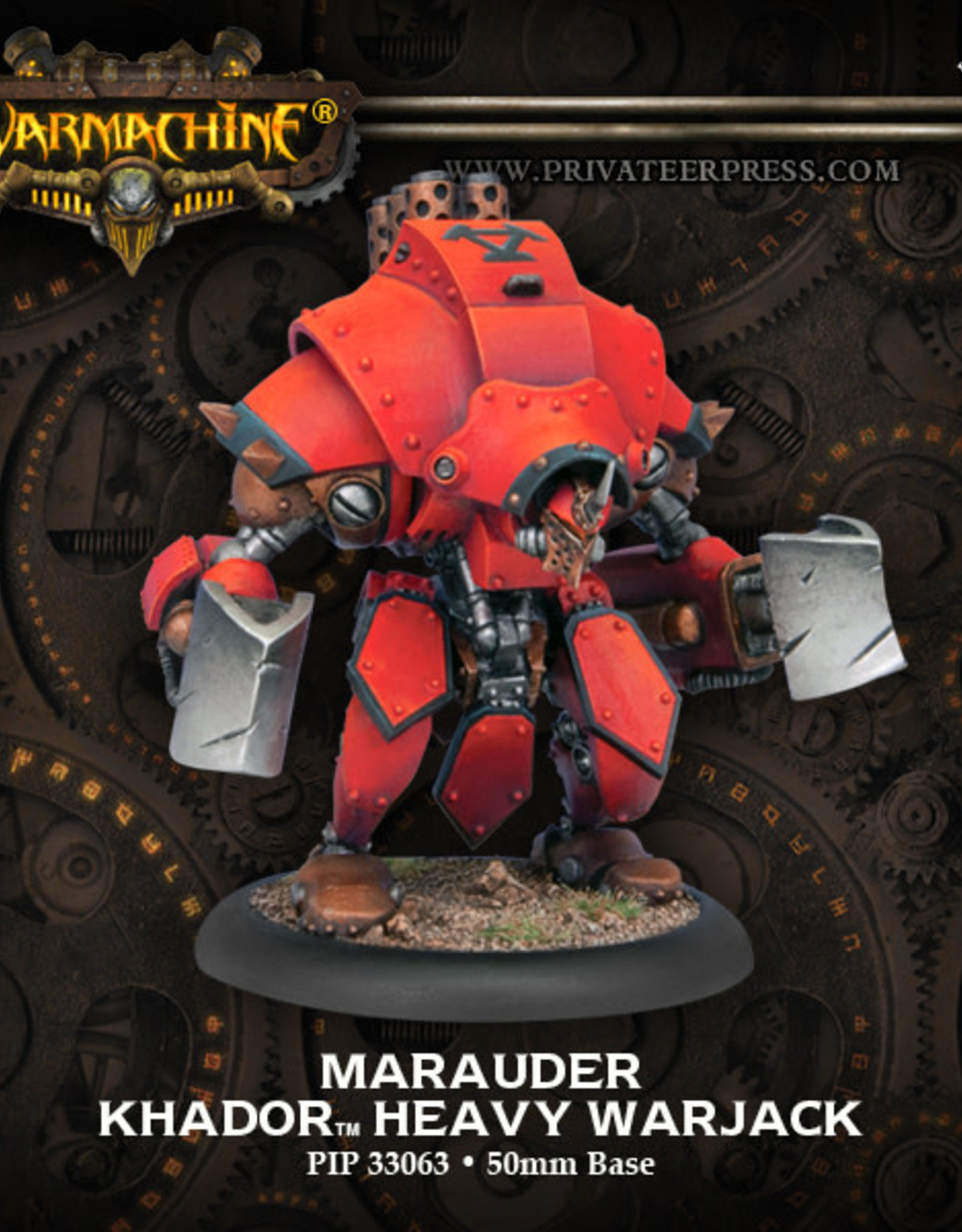 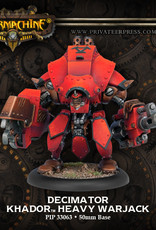 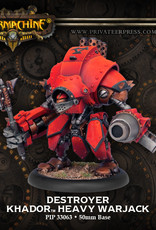 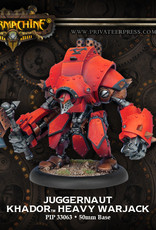 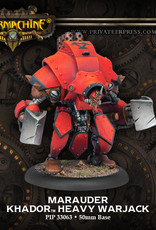 Khador’s mechaniks build their warjacks to last. The Juggernaut is a hulking mass of plated armor wielding an ice axe that can encase its target in a layer of crippling ice. This sturdy chassis has given rise to other staples like the Destroyer, whose whistling shells arcing overhead portend explosive obliteration. The Marauder was also built on this frame and uses its piston-driven battering rams to deliver pulverizing impacts that can hurl enemy warjacks away with effortless ease. Another is the Decimator, engineered to annihilate well-armored targets with powerful direct fire. This ’jack’s wide-bored cannon smashes its victims to the ground before it closes to tear them apart with its whirling rip saw.

This box set contains four color stat cards and one multi-part heavy warjack plastic model. Included are all the components to assemble one of four heavy warjack variants: Decimator, Destroyer, Juggernaut, or Marauder. A player may field any number of heavy warjacks in a Khador army.