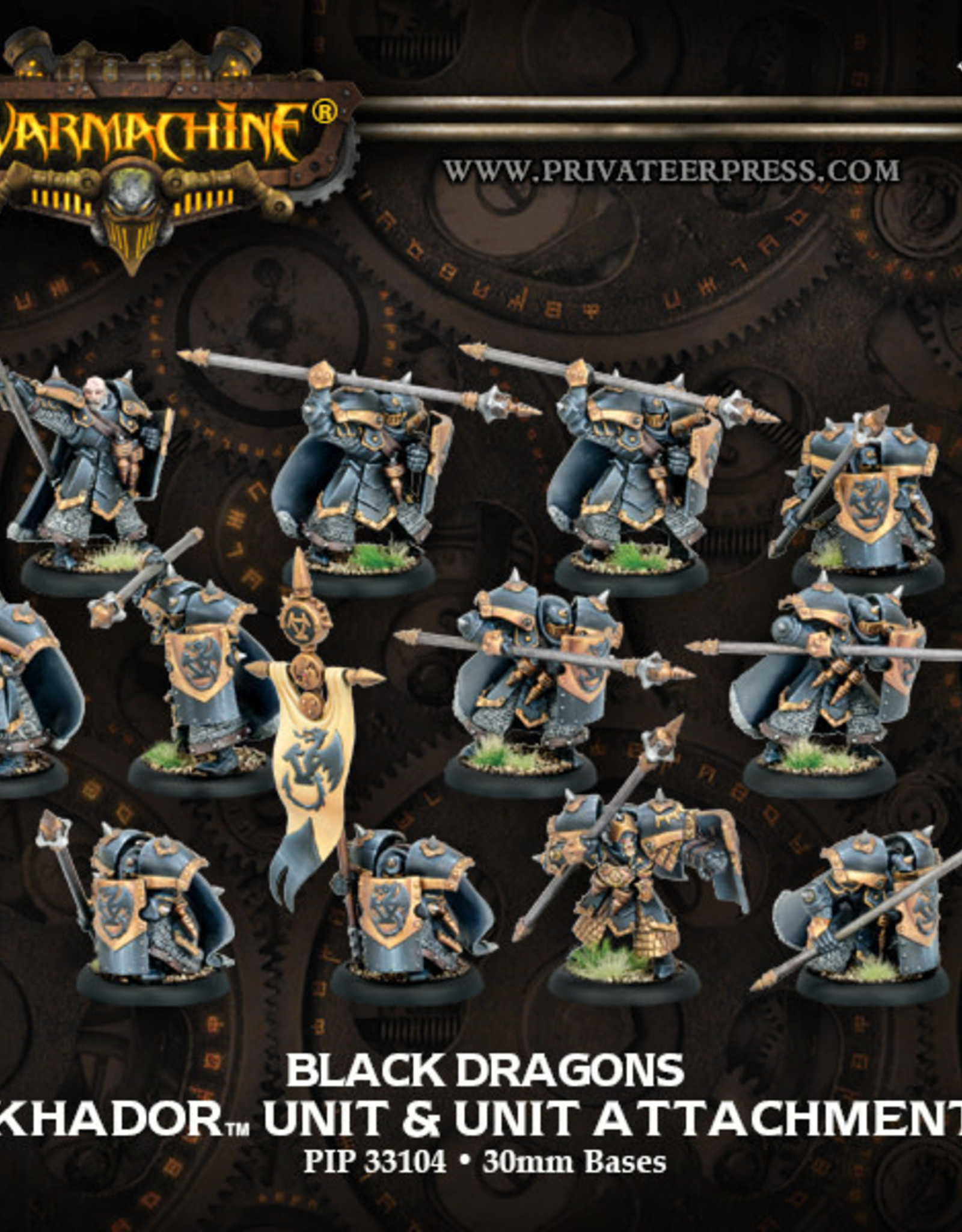 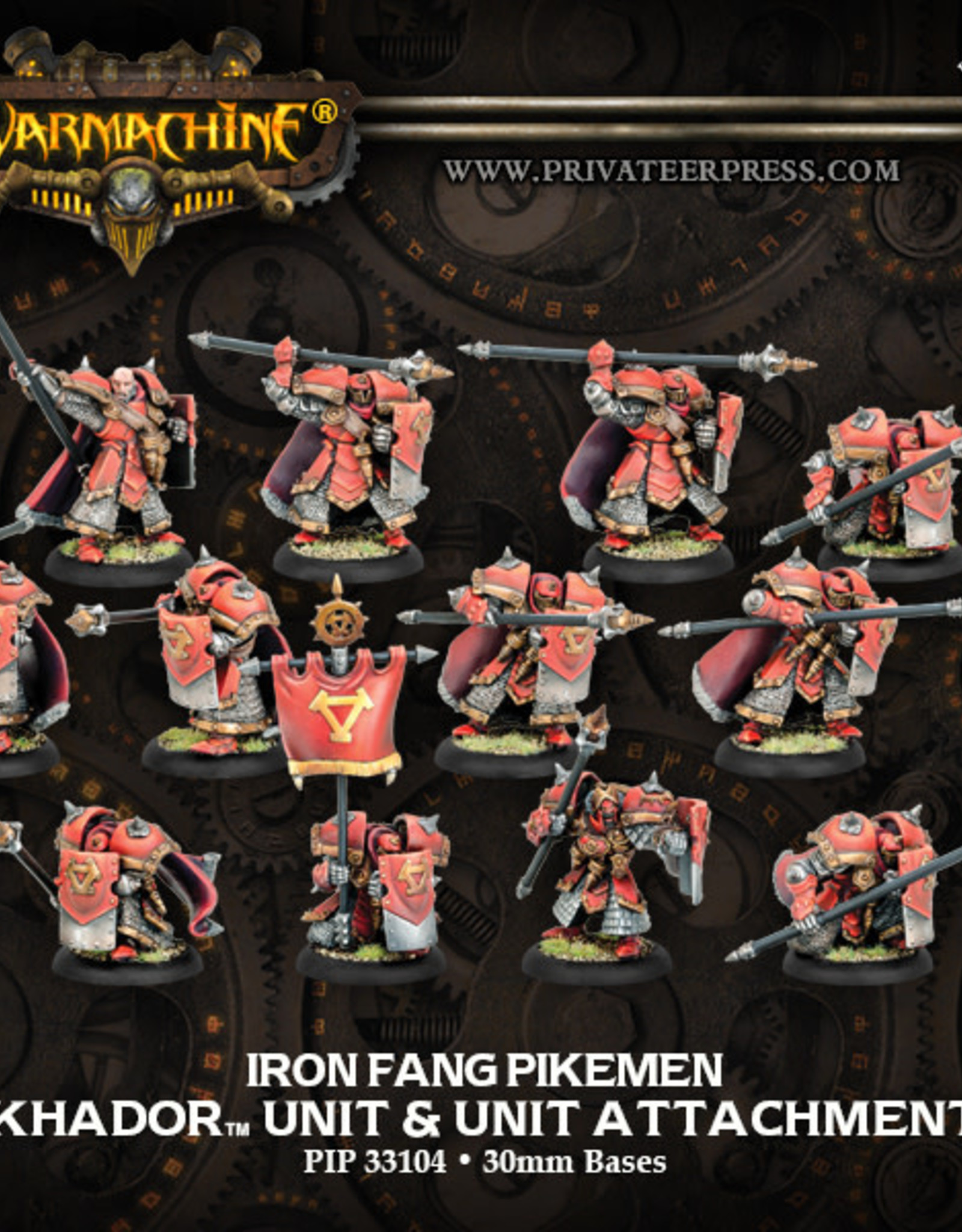 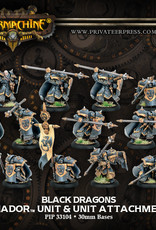 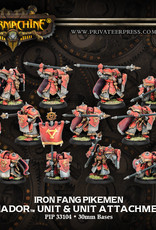 Khador’s heavily armored Iron Fang pikemen are charged with hunting down and destroying enemy warjacks, carrying explosive-tipped blasting pikes designed to tear through the thickest armor of man or machine. The most veteran of these pikemen are welcomed into the elite Black Dragon kompany, where their experience and precision make them brutally efficient on the attack and unbreakable in defense.