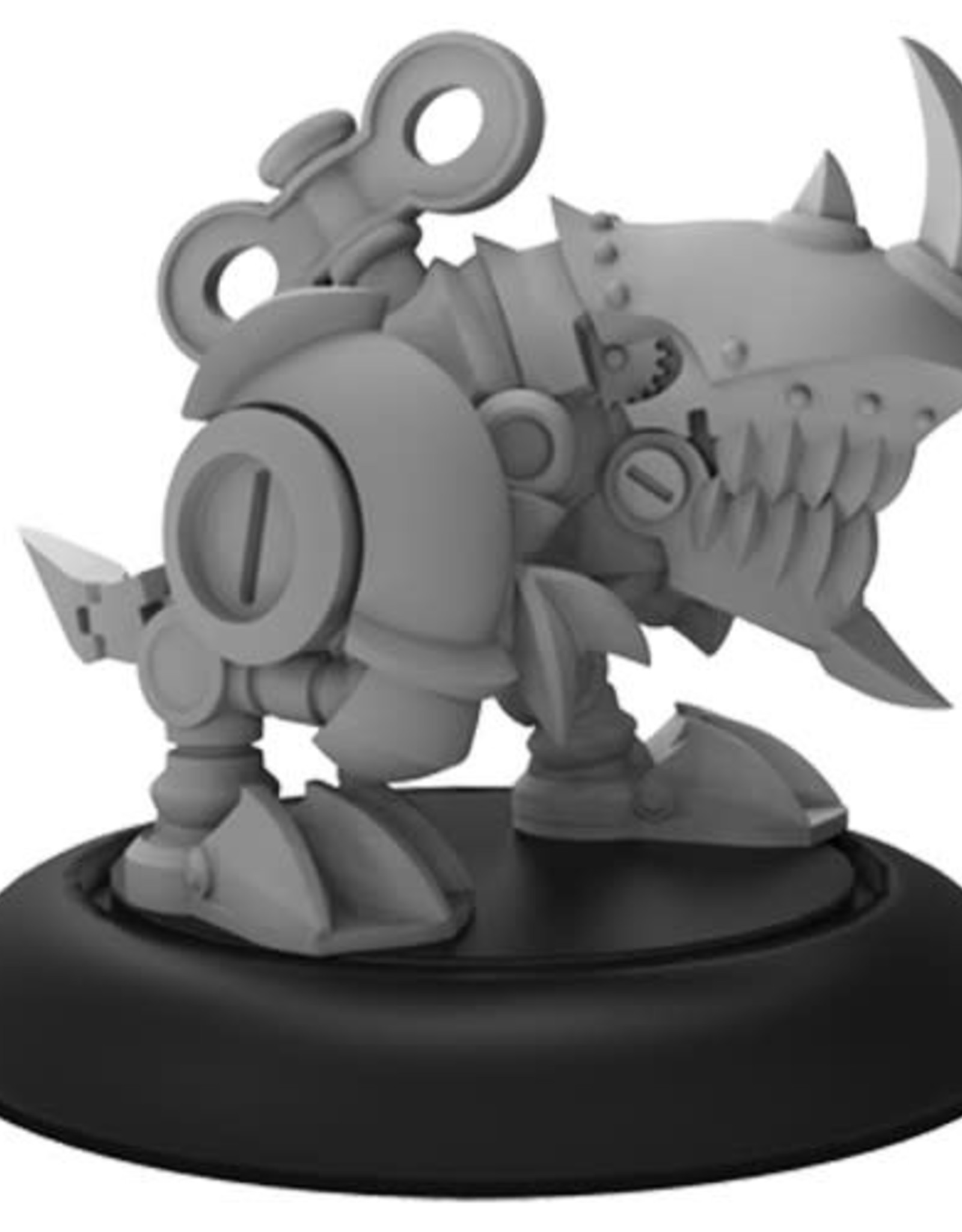 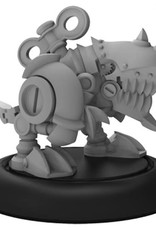 Built by an unknown (and likely insane) engineer, the Mekanoshredder was originally intended to protect its creators against the various threats lurking within the ruined Iron Kingdoms. That lasted about five seconds, before it ate them.
For some time, the Mekanoshredder wandered alone through the wastes, gobbling up scrap metal and fusing the “digested” bits of steel and iron to its metallic frame. Other scavengers observed this behavior and discovered that for just a handful of nuts and bolts as “payment,” this vicious little robot would actually perform its programmed duty and defend them as a loyal bodyguard.

Mekanoshredder is a Guard Class Hero with a fair amount of versatility and utility for any Crew. The little monster can gain a player Loot tokens just for hitting enemies, and it’s capable of rerolling multiple dice when attacking or rigging bounties based on how many Gear cards the player has in their discard pile.

This model is also playable in WARMACHINE & HORDES as a Legion lesser warbeast with a Field Allowance of 2.