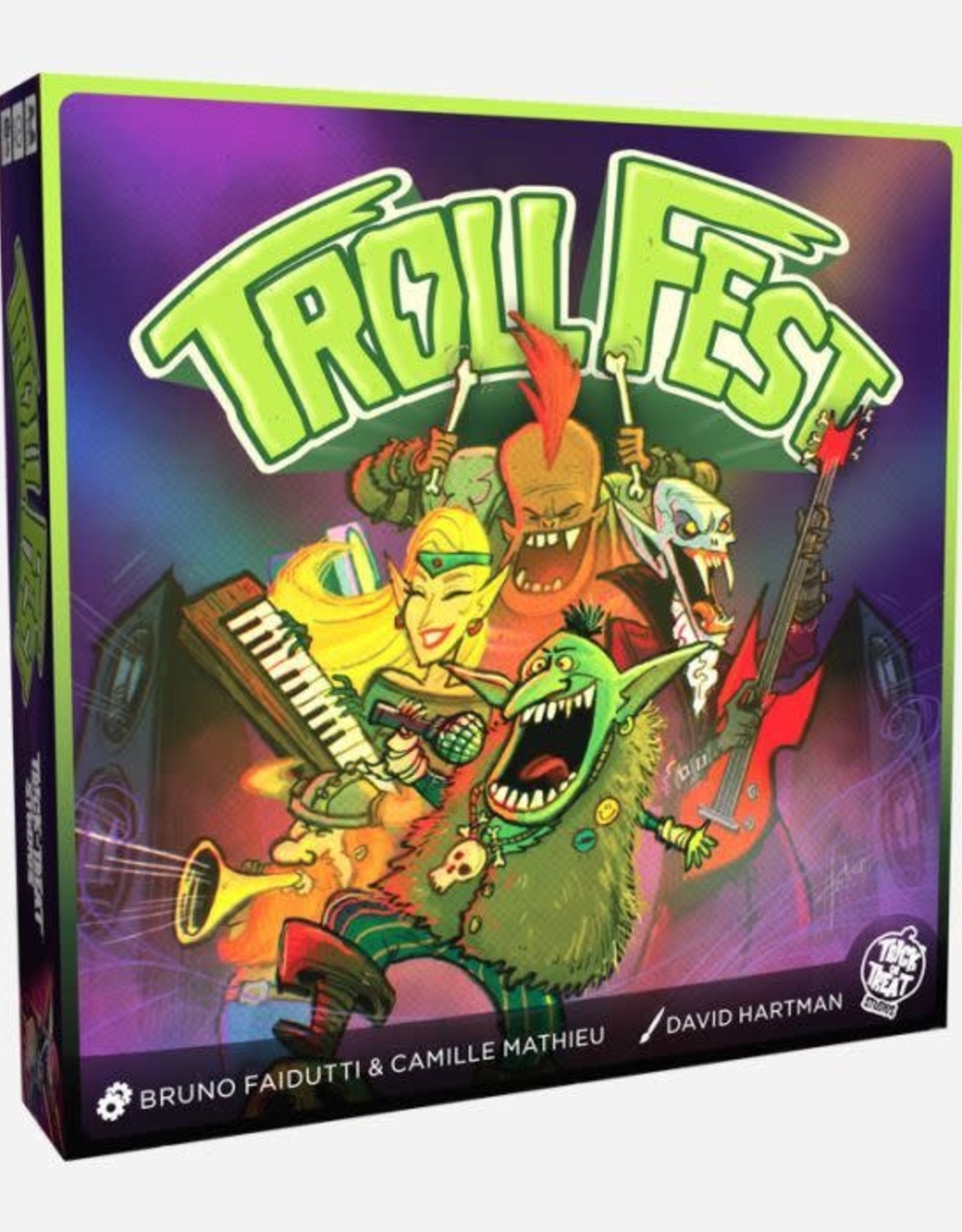 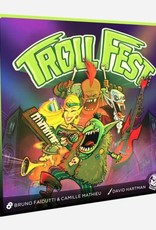 For the first time, your band which so far had mostly played in shady goblin venues has been invited to take part in the great TrollFest! You will be the opening act for big names like the Rolling Gnomes and Snow White and the Dwarves.

In TrollFest, each player manages a rock band in a fantasy universe, recruits the most talented and charismatic musicians, holds concerts in the main city, hires dragons for transport and light show, and ends up trying to give the best act at TrollFest.

TrollFest is a fun and thematic 3 to 6 player boardgame for friends and family designed by old boomer Bruno Faidutii and young metalhead Camille Mathieu illustrated by David Hartman.