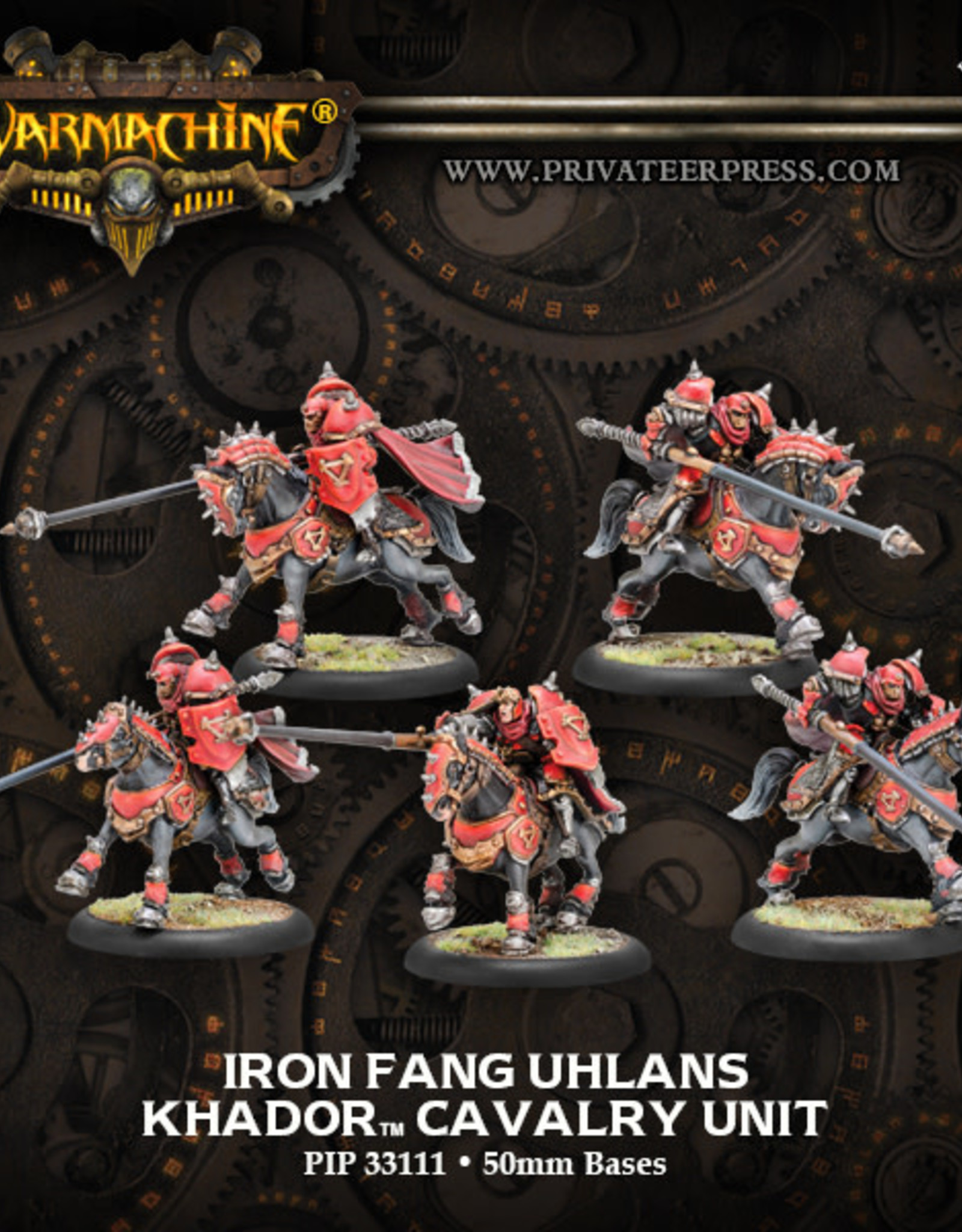 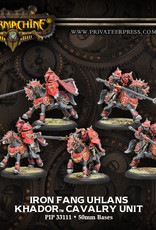 Serving as the forward fighting arm of an Iron Fang contingent, Iron Fang Uhlans are often the first to ride into the enemy. These mounted Iron Fangs fluidly ride together and meld classical horselord cavalry tactics with the shoulder-to-shoulder fighting formations customary of Iron Fang assaults. The armored horses are so powerful they have been known to knock warjacks to the ground, and they can easily crush an enemy?s skull under their spike-shod hooves. SPECIAL NOTE: PIP 33111 contains the same Mk II stat card as PIP 33043. The models in this box represent the same figures in the game. PIP 33111 replaces PIP 33043 and PIP 33044 by offering their contents in a complete unit.