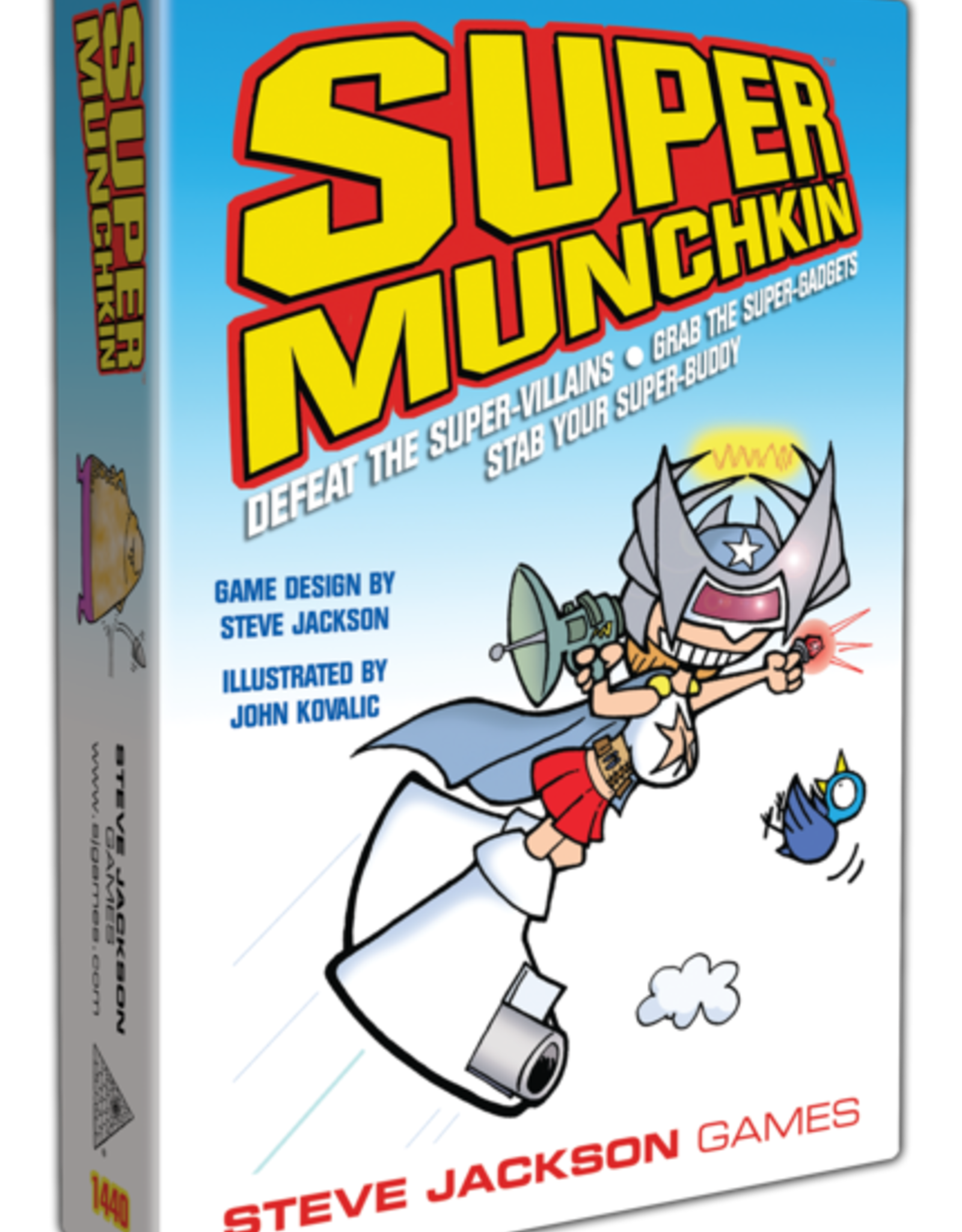 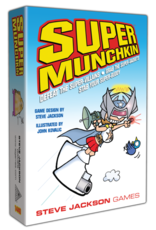 Fly through the city. Smash the villains. Backstab your teammates and grab their gadgets.

Munchkin has parodied the classic dungeon, the kung-fu warrior, the space epic, and the creatures of the night. Now it's the superheroes' turn!

Be a Mutant, an Exotic, a Mystic, or a Techno. The higher your Level, the more Powers you can have. Battle dastardly masterminds, devastating monsters, and invading aliens from the next dimension -- from the wimpy Bucketman all the way up to Big Ol' Planet Eater Guy himself -- and TAKE THEIR STUFF! With the Electro-Mento-Hat, the Telezapinator, and the (jet-powered) Pogo Stick, no foe can stand before you!

Super Munchkin is a stand-alone game, which (of course) can be combined with other Munchkin games. Designed by Steve Jackson and illustrated by John Kovalic, this one is destined to RULE THE WORLD! Mwahahaha!